You are here: Home1 / REGISTRATION2 / Relations

The results from the comparison between the two summer periods, coming from all the biotic indices, pointed out that, the A3 site (treatment site), revealed a clear improvement in summer 2019, about a year after the installation of bioeremediators, showing an unexpected change especially from a qualitative point of view, Some of the previous species desappeared, (Capitella capitata) while other, more indicative of “good healt environmental situation” appeared. This is the case of for instance of the polychaete Spiochaetopterus costarum. become instead more abundant. 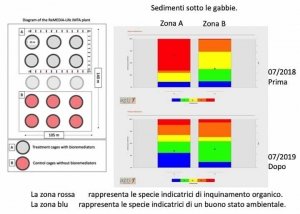 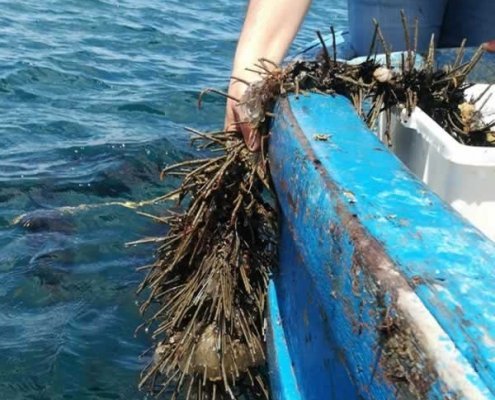 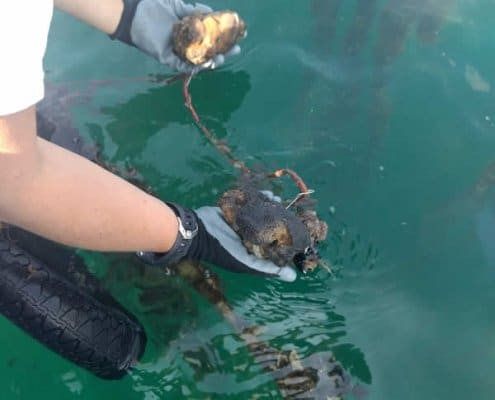 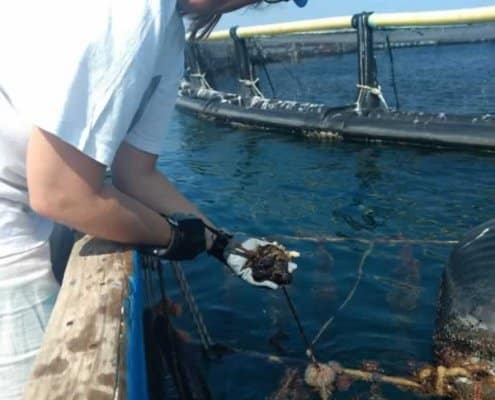 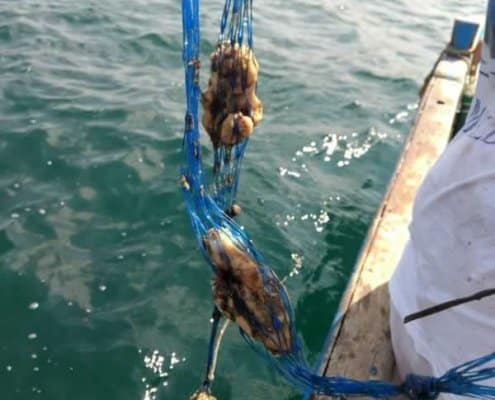 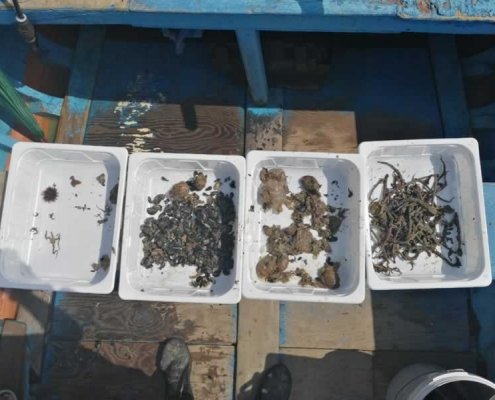 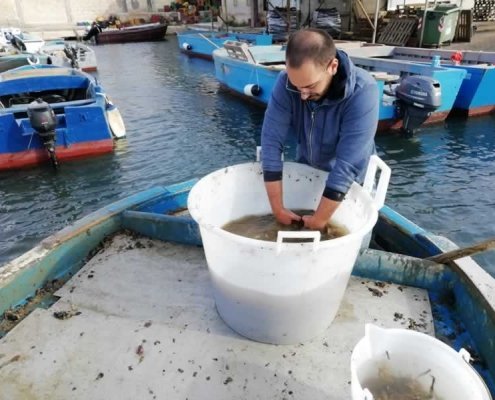 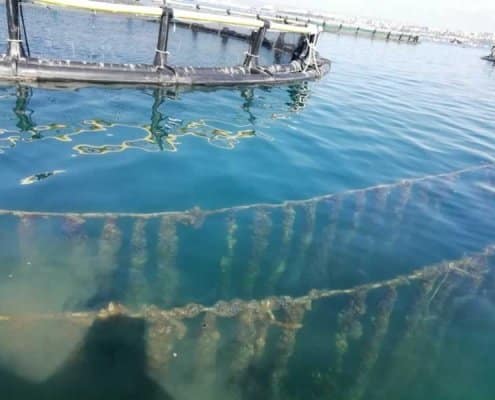 The sponges located since last September, although less photogenic than the nearby sabellid worms are in good health. The monitoring carried out showed a survival of the bred fragments close to 90%. The initial phase that is the most critical and delicate seems to be overcome, in fact, the surfaces are well healed and it is already possible to observe their growth.

The breeding of porifers in the natural environment is carried out by exploiting their ability to reproduce asexually by fragmentation. In September, “donor” specimens were collected in immersion, taking care to leave the basal part of the individual on site to allow it to regrow. The collected specimens were cut into fragments and positioned inside mobile structures (retinas of the type used for mussel farming and / or suspended on lines). We will soon proceed with the replacement of mobile structures to prevent the spring recruitment of fouling covering and suffocating sponges, preventing them from filtering and growing.

The bioremediation structures have been in place since last September 2018, but the Sabella spallanzanii bioremediation worm has reproduced between December and January 2019, the young of this species were in fact visible on the collectors starting from the control carried out in February.

At the the last check-up of April, we found a much faster growth than what is observed away from the plant. See for yourself how the tube sizes of this worm look. We had planned about a year and a half to stay, but maybe we can even think of just one year! I also want to point out all that dark pulp stopped on the collectors, an organic substance that is taken from the surrounding water and that does not settle on the bottom, much of which is transformed into biomass of our bioremediators.

Worm breeding was completely done without the use of plastic. The techniques we used before turned out to be even more expensive and complex than the one we are currently using at the plant! In July we will do the comparison with the initial environmental situation and we expect to find improved condition.

While as early as next September, we could begin the collection of polychaetes for an estimate of production.